Imagine that you are standing on the edge of a field; to your left and right, the treeline extends beyond your sight. You have come to the field because you know that it contains information or a story or an experience that you desire, but no signpost directs you.

The field is dotted with short stalks rising from the ground at even intervals, each topped with a faint blue light. As you walk toward the first row, you begin to hear two voices that seem to emanate from the stalks ahead. You choose a stalk to your left and approach it.

As you draw closer to the stalk, the voice becomes louder; two- and three-dimensional images appear in the air around you. Together, these (and other) representations tell a brief story about a black woman riding a bus. When finished, the stalk fades for a few moments, then begins the story again.

The short experience was compelling, but you are not satisfied. You want to know more, and so you must choose another stalk. But no signpost directs you.

The thought experiment above is one possible representation of a hypertext landscape. Early theorists of hypertext, such as George P. Landow, Gunnar Liestøl, and David Kolb, might call this a rhizomatic landscape, wherein there are no fixed paths or routes to follow. Instead there are links between portions of information; in this case, the links are represented by spatial proximity. You wander through the field of possibilities, interacting with one node after another. The only linear trajectory is temporal.

In the 1990s, when theorists began to study hypertext more closely, these kinds of representations were common. Because most theorists were from literary disciplines, their concern was primarily centred around narratives and linearity. Their questions were about the influence of hypertext on narrative structure, readership, authorship, interactivity, closure, and other conventions of writing or reading. Generally, they suggested that the capabilities of hypertext afforded new possibilities for narrative and representation, and allowed multiple views and experiences of texts. Some theorists pushed those ideas even further. In 1997, Janet Murray suggested that, “The kaleidoscopic powers the computer offers us, the ability to see multiple patterns in the same elements, might also lead to compelling narratives that capture our new situation as citizens of a global community.” The endless, contingent narratives made possible by the computer (or software), combined with new forms of representation through new media, were considered a step forward, though the precise use and future of the computer remained undefined.

Some problems arise, however, when attempting to imagine how different disciplines might use computers and hypertexts to represent their work. In particular, historians face difficult questions about representation through digital (and hyperlinked) media. Is it possible to represent an historical argument without reference to linear concepts such as causality? Can a historian fully represent a moment in the past without reference to context? Without some of the constraints that historians use in their representations, would the past become unrepresentable?

Though decades have passed since computing made large hypertexts possible, we continue to only scratch the surface of theories about software, despite the increasingly fast pace and acceleration of technological development. And though some critics believe that theorists possess a static view of the Internet and software, no complete or irrefutable theory of software and media has emerged. Conversations about hypertext, computing, and media that began decades ago still continue.

For instance, the trajectory in theorizing tool and method design that I hinted at in my previous article has a parallel in the discussion of software and media theory. While Steve Ramsay’s proposals for algorithmic criticism focus narrowly on the code used, Lev Manovich notes a need for complementary histories of and theories about software (and media). In Software Takes Command, he defines media in a way that breaks completely from previous theories. In short, software comprises two components: data structure and algorithm. Because these two components can store the potential for all representation, all media becomes software. Data structures store all possible properties of representations, while algorithms assemble those data into various forms.

Although difficult to grasp at first (I recommend reading the book, which is free online), his theory is fully compatible with existing representations and opens the door for the creation of new forms. Fittingly, Manovich’s description of software accommodates the vision of hypertext from our field example. Each stalk in the field is an entry in the data structure, possessing certain properties and storing potential representations of the information within. Your movement through the field is an algorithm with temporal and physical constraints that shape your interaction with the data structure. Other algorithms could provide different interactions. For instance, you might be pulled away from the field to see all stalks simultaneously and be able to select them at random. Perhaps you select multiple stalks to see how they combine. Or see only the images associated with each stalk, assembled as frames in a video. The possibilities are limited only by the stored potential of each stalk and the algorithms you can imagine. 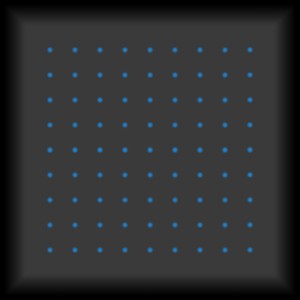 In a way, Manovich’s definition of software provides one answer to historians’ concern about representation. First, we have the data structure in which we store the elements of history (personal papers, artifacts, census records) and their associated properties. Second, we have algorithms that assemble those elements into representations of history. The question, then, is not whether history can be represented through software, but how should historians write algorithms.

It’s important to note that the algorithms proposed by Manovich are not limited to those that are possible with current computational means. As computing and code continue to evolve, more algorithmic possibilities will emerge, needing only human inspiration to reshape the data. For instance, N. Katherine Hayles argues that databases and narratives are natural symbionts, each requiring the other to function effectively. At the moment, most narratives we encounter are produced by human inspiration, while those created by computer algorithms are noticeably deficient. As we develop new computational capabilities and code languages, however, the ability to create narratives may be better understood and translated into algorithmic functions. Thus, to write an historical narrative requires not only improved algorithmic possibilities, but improved understanding of the work that historians do.

One way to explore that question is through a new form of “worked examples” that James Paul Gee describes as a method to help define the shape of an emerging area. Because historical representations through software are only now emerging, Gee’s proposal seems a useful way forward. Such worked examples would be, in Gee’s definition, “attempts to imagine exemplars for a new area, and ways to create collaboration and debate around such proposed exemplars, in service of hastening actual exemplars and the growth of the area.“

Because we live in a world that no longer has any delay between theory and practice, some historians are currently building worked examples, not because they read Gee and decided to implement his suggestion, but because they recognized that software might leave history behind. Without the efforts of digitally-minded historians, software that represents history cannot be created. Data structures that contain the elements of history might be created as by-products of Google’s digitization efforts and governmental policy about digital material, but only historians can ensure that the properties of those elements are suitable for the discipline. Likewise, certain algorithms (like those written for literary scholars) may be useful for some historians, but will not reflect the purposes, motivations, values, and narratives of history.

The Omeka project is one worked example, a proposed exemplar, of how historians might create data structures and algorithms. As Gee suggests, however, the builders must communicate how and why their exemplar was built, and other historians must engage with that information, work through the example, and then propose a modified (and hopefully improved) exemplar. Omeka was designed with certain purposes in mind, which shaped the data structure and algorithms within the software. Each new release of the software represents a “working through” of the example, though only by those involved in its development (and possibly some users). Only through sustained discussion of those examples can historians begin to uncover the properties and principles of history that will shape future algorithms and data structures.

It’s worth noting that this investigation and the production of exemplars must be continually reflective and aware of shifting values. Although Evgeny Morozov’s latest cultural critique was directed toward theories about the Internet, his argument against solutionism is fitting also for any discipline. History has never been static, but has always developed, sustained, and rejected different values and practices. Even in our search for exemplars, we must recognize that there cannot be a single answer to the question: what is history?

Returning to our field, we can see that hypertext and software are not problems because they cannot represent history, but because historians have yet to propose exemplars for software. Informed by the views of Manovich, Landow, Murray, and other theorists, however, historians can look at the data structure and propose criteria for properties that will improve the potential of each element to function within a representation of the past. Some elements must have specific dates, whereas others will have fuzzy dates; one might have potential within a strict chronology, while the other might better represent cultural shifts that occur over long timespans. Events might have spatial properties that ideas do not, and thus fit into map-like representations more easily.

Algorithms, however, might offer ways to assemble ideas in spatial representation, uncovering new histories about the movement and influence of information. Algorithms are detached from the properties of the data structure, and can assemble elements in new ways that do not match previous media (such as maps, images, videos). Thinking critically about the ways in which historians might design software will allow more thorough representation in older forms of media, but can also stimulate the creation of new algorithms, new representation, and new histories.

[4] Morozov, Evgeny. To Save Everything, Click Here: The Folly of Technological Solutionism. New York: Public Affairs, 2013.

[5] Hayles, Katherine. How We Think: Digital Media and Contemporary Technogenesis. Chicago: The University of Chicago Press, 2012. 176.

[6] Gee, James Paul. New Digital Media and Learning as an Emerging Area and “Worked Examples” as One Way Forward. Cambridge: The MIT Press, 2010. 49.